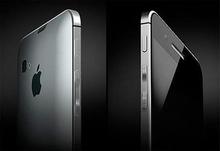 According to data from the analyst consulting firm IHS, the iPhone 5 has a bare metal price of $649 and a cost of $207. From the current raw materials market, the price of polycarbonate plastic is not much lower than aluminum, which means that if the cheap version of the iPhone is introduced, replacing the aluminum case of the iPhone 5 with a plastic shell does not reduce the price. The charger may be cancelled on the cheaper version of the iPhone, and the user can only charge it via the USB interface.

According to the iPad 3 and iPad mini, the 16GB WiFi-enabled iPad 3 retails for $499 and costs $316. The 16-gigabyte iPad mini costs $329 and costs $198. In other words, reducing the size of the iPad from 9.7 inches to 7.9 inches saved Apple $118. Some of the cost savings came from reusable components such as processors in other products, but the iPad mini is still an excellent one. product.

Since iPhone sales have always been very good, it is difficult to make accurate predictions about the sales of a cheap iPhone, and the cheap iPhone will undoubtedly take away some of the higher-priced iPhone, just as analysts believe. Like, iPad mini has already affected the sales of full-size iPad.

Launching a cheap iPhone does bring good sales, but if Apple tries to trade up profits for market share, it can be understood that Apple is facing competition from Android, Samsung, HTC, etc., and Apple may need to think twice before proceeding. .