The middle class has always been regarded by some scholars as a symbol of developed countries. However, the survey results of a number of well-known Western polling institutions show that the middle class in Western society is accelerating differentiation, and the income level of most people is declining.

The Western middle class is mainly composed of three types of occupational groups: one is a middle-level administrative official in the government sector; the other is a middle-level manager of various economic organizations; the other is a researcher, teacher, doctor, lawyer, actor, sports star. Wait. Most of these professional people are engaged in more professional work, mainly based on wages, and the income level is at the middle level of society.

The middle class is not always there in the West, but is the product of industrialization and manufacturing-based economic structures. Western capitalism has a history of 500 years of development. During the simple collaboration and factory industry before the industrialization era, the scale of the company was small, the division of labor was simple, the management functions were not specialized, the minority were rich and the majority were poor, and there was no middle class. Since the first industrial revolution, the formation and establishment of a large industrial production system has brought capitalism into the era of industrialization, providing an important material and technological foundation and institutional organization for the formation and rapid growth of the middle class. After World War II, the middle class became the main body in Western society, and by the end of the 20th century the proportion of the middle class reached more than 80%. 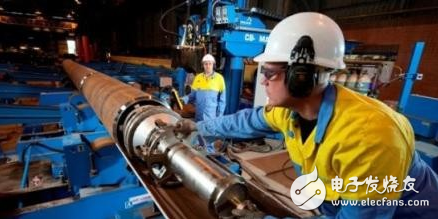 The reason why the western middle class is now facing difficulties is directly due to the de-industrialization, that is, the serious shrinkage of heavy chemical industry and processing industry. Since the 1970s, the primary and secondary industries of agriculture, mining, steelmaking, textiles, clothing, shipbuilding, and machine building have accelerated their decline in the industrial structure of Western countries, with finance, communications, transportation, and tourism. The tertiary industry, which mainly focuses on consulting, advertising, catering, entertainment, and housekeeping, has risen rapidly, and its proportion is increasing. Both the number of employed people and the added value are now over 70%.

Along with industrialization, more and more productive enterprises have either closed down, or moved overseas, or transformed into service enterprises. More and more white-collar workers are either unemployed or engaged in general service labor. decline. De-industrialization and stagnant economic growth have led to a sharp drop in government revenues in Western countries, a large-scale reduction in government public welfare spending, and a decline in the income of the middle class. The service industry in Western countries was originally developed based on developed manufacturing. The income level of some people employed in the service industry also reached the middle level of society. However, with the decline of the manufacturing industry, the service industry has lost its motivation to serve and develop, and the income level has been declining, and the number of middle-income people has been decreasing.

At present, the major developed economies in the West are in a recession and continue to decline. The unemployment rate remains high, and the main job is the middle class. As a result of the decline and differentiation of the middle class, the social class structure re-expressed as the opposition between a few richest people and most low-income people. The lack of security and a sense of security makes the middle class full of fear and uneasiness about the future. The attitude towards society has also changed from moderate to dissatisfied. It is becoming an important force in the hope of changing the existing social order.

The 18650 battery pack is one of the most popular lithium-ion battery packsavailable today.

Powered by the 18650 battery, it is very reliable and boasts an excellent cost per kilowatt hour. The 18650 battery pack is commonplace for consumer electronics, electric vehicles, and energy storage systems. It can be found in medical devices, robots, industrial instruments, military equipment, and more.