Brake failure due to overheating of the basic brakes is no longer common, and truck and bus drivers can better control vehicle operation. This satisfactory result is partly due to the promotion of the auxiliary brake system, which can help the basic brakes reduce the speed of the vehicle, especially on long downhill slopes.

The auxiliary brake system includes two exhaust brake valves. The butterfly valve in the exhaust system increases the exhaust back pressure to reduce the speed of the power system, and the effect is more significant under high engine speed conditions. Damping deceleration uses a more efficient solution to achieve vehicle braking through hydro-hydraulic or electric means. 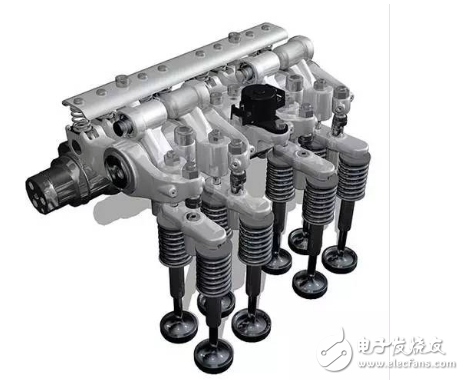 The hydraulic retarder uses a hydraulic oil-filled cavity that is mounted between the rotor and stator of the drive train to provide a braking effect. The degree of damping deceleration can be changed by adjusting the amount of hydraulic oil in the chamber. The hydraulic oil needs to be circulated and cooled, and the excess heat is dissipated into the vehicle cooling system through the heat exchanger. Although the braking effect is excellent, the hydraulic retarder design increases the manufacturing cost and increases the quality of the vehicle. The structure of the electromagnetic damping reducer is simpler, and the braking effect is achieved by the law of the back electromotive force. The equipment is installed between the stator on the chassis of the vehicle and the rotor on the drive shaft, and is cooled by air flow.

Compressed release brakes are a good alternative. Jacobs Automotive Systems has been advocating this design concept in the 1960s. In general, compression-release brakes further improve back-pressure damping by controlling the timing of the exhaust valve opening during the engine exhaust stroke to help increase compression, thereby reducing speed and making efficient use of exhaust gas value. For example, the exhaust valve on the downhill section is kept closed before the piston reaches the top dead center to reduce the speed. The advanced diesel engine detects that the current working condition does not need to consume fuel, and the fuel supply system will be actively shut down, so the engine will not operate normally. Have a negative impact.

The damping effect requires the installation of a bridge below the cam follower, which contains a control solenoid valve to regulate the flow of hydraulic oil to the hydraulic actuator, and the active position is the cam instead of the conventional cam follower; the hydraulic oil supply comes from The aperture on the rocker shaft. In the power output condition, the solenoid valve is closed and the actuator piston is locked on the bridge, so that the exhaust valve follows the cam to complete the normal four-stroke motion. When braking is required, the solenoid valve opens and disengages from the actuator on the bridge, and the exhaust valve remains closed until the cylinder piston reaches the top dead center position. Because the cam is operating normally, and the bridge cannot change the lift lift and length of the exhaust valve, the braking effect does not cause trouble to the integrity of the engine work process.

Large-displacement engines can provide better braking results, but in recent years, engine size reduction and displacement are the mainstream trends in the industry, so engine braking effects are also affected. At the same time, the driving damping is further reduced by the introduction of a more aerodynamically superior vehicle design, a low rolling resistance tire and a conventional system with lower friction losses. In other words, the heavy-duty vehicle's own deceleration effect is now reduced, and the total weight of the vehicle has increased, increasing the inertia of the movement. 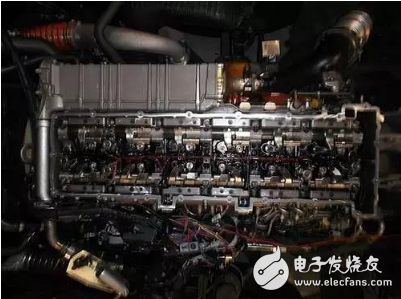 (Brake system components mounted on the intake and exhaust valve mechanisms of a linear six-cylinder engine.)

Jacobs data shows that with engine design and engine brake design upgrades, the compression-release engine brakes have increased from 8 kW/L in the 1960s to 90 rpm at 1500 rpm. 20 kW / liter of the era. During this period, the heavy-duty diesel engine evolved from a mechanical fuel injection system to a dual camshaft design, and the engine brake system was integrated into the valve train through a dedicated cam.

Although the engine brake design is effective, the increased total vehicle weight, lower rolling resistance of the vehicle, and lower displacement engines require stronger auxiliary braking power. Jacobs' solution is a high power density HPD engine braking system. In high power density engine systems, bridges, control valves, and hydraulic actuators are applied to the intake cam in conjunction with conventional plant systems. During the drive phase, the engine maintains a four-stroke mode, and the engine is switched to the two-stroke mode during the braking phase, thereby doubling the number of brake strokes. The Jacobs solution enables more efficient use of the turbocharger to control its optimal brake charging effect.

High power density engine braking technology systematically controls intake valves, exhaust valves, and turbochargers, all of which need to be considered. For the dual intake valve design, the system is able to achieve greater air inflow, and the dual compression release concept allows for more efficient use of airflow for braking. The innovative system increases the braking power of the engine at 1500 rpm to 28 kW/L and reaches a maximum braking power of 37 kW/L at 2200 rpm. With engine speeds between 1400 rpm and 2100 rpm, the Jacobs high power density system delivers 1.5 times the braking performance of conventional compression release equipment. For example, the 13-liter engine, Jacobs claims braking force of 2,000 rpm at 1300 rpm and 611 kW at 2,500 rpm.

Applied to the Mercedes-Benz Actros display truck, the engine has a braking power of 370 kW at 1500 rpm. Jacobs announced that the entire high-density engine brake system weighs approximately 12 kg, which is significantly lower than the conventional hydraulic damping system of 150 kg. All additional heat is dissipated through the exhaust system and helps the diesel particulate filter maintain a proper operating temperature. Jacobs used two display cars, with a weight of 40 tons and a 13-liter linear six-cylinder engine. One of them is equipped with a conventional compression-release brake system, and the other uses a high-power density system. The test site is selected on the mountain road of the Millbrook test site in the UK, because there is a section of the downhill road with a slope of 26%, so it is rarely Heavy-duty trucks are open. 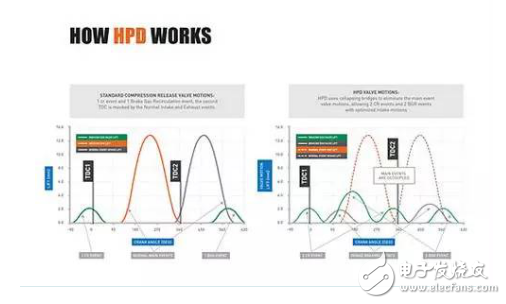 A truck equipped with a conventional compression-release brake system can successfully handle 26% of downhill, but requires additional control of the basic brake system. Trucks using high power density systems are more controllable, engine braking is earlier involved, and the basic braking system is not required for the entire downhill process. A truck with a high power density system is equipped with a potentiometer to control the turbocharger because it has a large boost delay and is not effective at low engine speeds.